Get fresh music recommendations delivered to your inbox every Friday.
We've updated our Terms of Use. You can review the changes here.

from Blonde Bomber: The Mixtape by Sneaky Sneak a.k.a. Hammel of Lazër 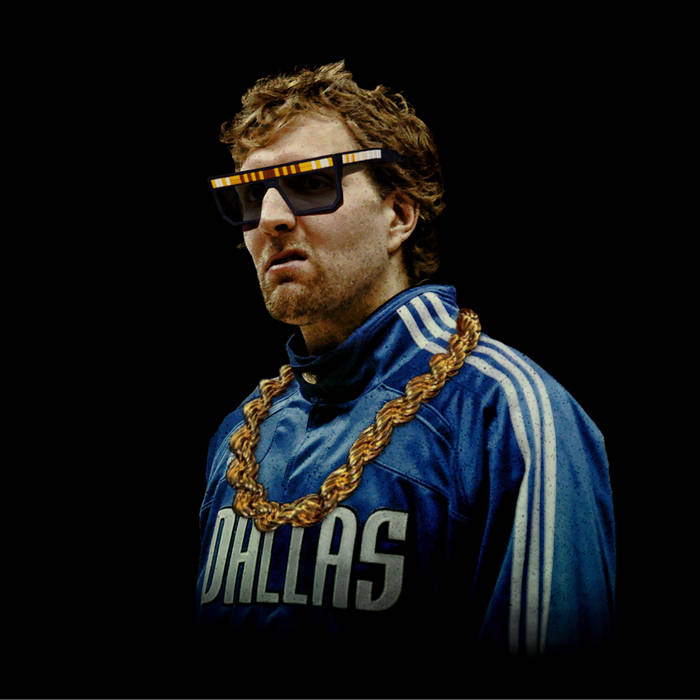 It'z tough remembering... and reassembling
So many memoriez... sifting the imagery
It'z like a mystery... what'z my identity?
This wazn't meant to be, nah, you must be shittin' me
Lazër iz history son, the clique'z officially done
We did essentially run shit tremendously
But now I haz my epiphany
I need to reformat, reprogram and reconfigure me
Enter the Sneak, individual deep into criminal schemez
He'z a sinister creep
Who live in infamy from writin' nice az calligraphy
When the pen be scribbling anything I'm envisioning
This shit iz riveting... I hope you're listening
Come trip with me, ha-hallucinogenically
I come equipped with the bomb like your dispensary
Hip-hop'z been poizoned, this be the remedy
Why are we whispering? Can't we all just admit that we
Love fiddling with our genitalz, gettin' 'em slippery?
I'm swimmin' in pink, you could potentially spend a week
Countin' women who've been with me, drenching the pussy instantly
Workin' it endlessly, steady squirmin' on my extremity
Squirtin' my mini-me'z all up into 'em, gettin' buzy
Theze spermz the infantry and my ween'z the meanz of delivery
Rhythmically sending streamz of my jism in 'em continually
“Ahhhh!” Livin' the dream, I'm “Fresh!” az Listerine
This rhymin'z like a gift I been given under the Christmas tree
Supreme soliloquiez beating rapperz convincingly
Face factz, your muzik iz trash and you've been littering
Nine out of ten criticz agree when I'm hittin' the screen
Women'll scream, that kid Sneak iz a primitive beast
Once my shit iz released, bodiez litter the streetz
Cripple your weak little physique, rinse and repeat
I dismember you geekz on minimal sleep
Physical freak, peep how far my tentaclez reach
I'm toxic, I excrete lethal chemical leakz
Though the skin, eliminate all rezidual beef
Spittin' this heat till my lipz iz typically blistering
Render listenerz clinically insane eventually
Givin' theze industry shit stainz a chance to witness the
Lyrical wizardry and proficiency I'm exhibiting
Limitless energy, infinitely rhymin' relentlessly
Vicious intensity, you're an imbecile if you're dissin' me
Uh... the plot iz thickening, check the consistency
Ask N.D.T., this be interesting scientifically
MC'z predictably wishing I'd end their misery
Sneaky givin' 'em fitz when he spittin', never get rid of me
Heh... picture me givin' a shit, realistically
This would be ridiculous, theze being my enemiez
Nope, it'z no sympathy, nothing even resembling hope
I'm so menacing, foez iz so finished
We won't be old friendz and the flow be so sickening
Snow will be falling in hell the day I miss a beat
Never been bitten, see I've alwayz written theze
Rhymez in invizible ink, it ticklez me pink
How they're throwin' everything and the kitchen sink
At me, myself and I, my god, the Holy Trinity
Get stoned religiously, mo' chickz than polygamy
Frozen cryogenically, yo, this the epitome
Of a complete and total victory
If I choze to leave, I'd do so deliberately
Ctrl-Alt-Delete all thoze who would compete
I've shown a tendency to get vocally obscene
My scrotum'z literally exploding with the seed
And radio'z got no hope to censor me
But fa' sho' they'll mention me and quote me centuriez
From now when they go download the .mp3z
Flame-throw a microphone, know what I mean?
So don't get in-between, fuck dope, I'm dopamine
One dose of Sneaky Sneak will smoke your whole routine
Insult to injury, I'm s'posed to end this thing but I won't, I'm a machine
I'll go until your speakerz blow, I'm gettin' green
And rollin' in the cream like, “Whoa! Iz this a dream?”

Most Danger Band on the Planet.